Lloyd Meeker comes to us today with a brave hat choice--a LIVING one! :3 Check out his interview PLUS the giveaway! (Details at the end)

Hello Lloyd and welcome to The Hat Party! <3 Thank you so much for subjecting yourself to the RANDOMNESS that is a Raine O'Tierney interview! Please don your best hat, and let's get started!

Thank you! I love randomness. 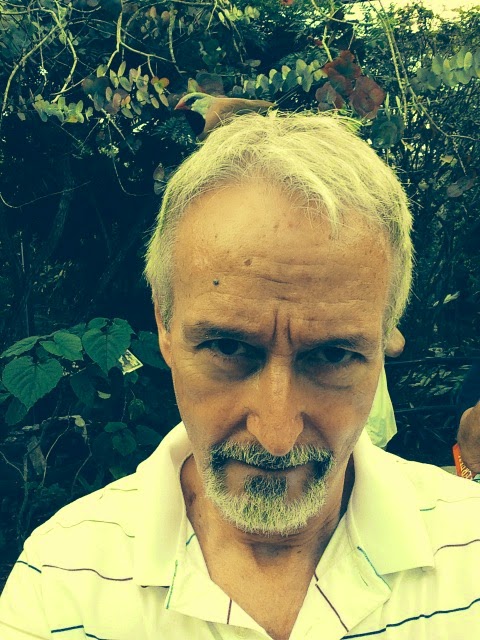 On a scale 1 (super chill) to 10 (falling apart at the seams) how cool are you when it comes to reviews?

I’m probably a four. I know the theory that a harsh review is just someone else’s opinion and I should just let it roll off my back, but it still stings when I get one. I love thoughtful constructive criticism but I have no use for sniping from someone who thinks I should have written a different story to meet his/her personal expectations and gives me a bad review because I didn’t. And of course if they love the story then they can go on as long as they like! Sad double standard, isn’t it? Haven’t grown past it, though.

You’ve been given the opportunity to go back in time and give your 13-year-old self a message. What do you say?

Hang in there, Lloyd. I know you can’t say anything to anyone yet, they wouldn’t understand and you wouldn’t be safe. What you feel is not wrong! You are not broken. If I could reach in and lift that twisted self-doubt from your heart, I would, but I don’t know how. I can tell you, though, that the god you believe in so passionately did a great job, made you exactly the way you are, which is beautiful, and smart, and sweet, and kind, and compassionate.

You’ll face plenty more challenges ahead, but I promise you – your life will eventually become more wonderful than you can presently hope for, than you can even imagine. Your life won’t look anything like you think it should. It will be better than all your expectations, trust me. Hang on to your compassion, it’s hard to get back if you lose it, and shine as much of it on yourself as you can. Never, never give up on the wise light in your heart, Lloyd! That’s who you are. Trust the gifts you have to share with others. They are fine gifts.

So, you were editing along and zombies attack. And they are on fire! What do you do?

Heh. I’ve never understood the appeal of zombies, so I’d just let them burn! And move upwind so I don’t have smell the smoke as they do.

What one food item do you consider to be your arch nemesis?

I’m a pretty adventurous omnivore. I had trouble getting sea cucumber down my throat in Korea, long ago. It was presented as a great delicacy, so I couldn’t refuse. It seemed to me like it was still moving on the plate, but that may not have been true. I don’t think I’d eat that again voluntarily. That was the most challenging thing I’ve put in my mouth. And no, I didn’t intend that as a joke, so let’s not go there! J

I have to bend the rules a little and use poetry instead. These are the last lines from Tennyson’s Ulysses. He can’t stop adventuring, just because he’s old. The older I get, the truer they become for me.

The lights begin to twinkle from the rocks:
The long day wanes: the slow moon climbs: the deep
Moans round with many voices. Come, my friends,
'T is not too late to seek a newer world.
Push off, and sitting well in order smite
The sounding furrows; for my purpose holds
To sail beyond the sunset, and the baths
Of all the western stars, until I die.
It may be that the gulfs will wash us down:
It may be we shall touch the Happy Isles,
And see the great Achilles, whom we knew.
Tho' much is taken, much abides; and tho'
We are not now that strength which in old days
Moved earth and heaven, that which we are, we are;
One equal temper of heroic hearts,
Made weak by time and fate, but strong in will
To strive, to seek, to find, and not to yield.

If you could pay someone to do one part of your writing/publication process for you, what would it be?

Maketing! Social Media! That stuff makes me crazy… if I think about it too much, a paralysis of fear sets in and I’m lost.

You have 200 words—Make. Me. Swoon. (PLEASE!)
This is from my most recent book The Companion, out from Dreamspinner Press this week:

Something happens in a man’s eyes, when he welcomes another man into him. They widen slightly, and deepen with entry. Then a light comes up in them—some inner radiance is liberated, a wordless beauty, a triumphant, sacred maleness.
I slid slowly in and Marco’s eyes ignited with that light, glowing as if to guide me all the way to his center, to the kind of homecoming that two men know when they consent to become lovers, even if lovers just for a moment. Only a lover enters into that kind of welcome, pushes home to that kind of light.
I knew he could see similar recognition in my face, his smile said so. “Oh, god,” he moaned, “yes.”
When he was relaxed enough for more I turned him onto his side, hugging his left leg to my chest, pushing in all the way. Something melted in me, some distance-keeping barrier I hadn’t noticed, and the heat of his body washed over me, claimed me. The coarse hair of his thigh scraping against my chest marked me, sparked me with every thrust.

What makes you inexplicably happy?

Inexplicably? Farmers markets and street fairs. I don’t know what it is about them, but when I walk among the buskers, between the pavilions of trinkets and scarves and food and tarot readers something effervescent bubbles up in me, and I become ridiculously happy. Maybe it’s a past life thing, but whatever it is, it overtakes me completely, and I love it.

Biggest mistake you’ve made in your writing career and what you’ve learned from it.

My first three novels were published by three different houses, each under a different author name. I lost a ton of momentum doing that. That wasted marketing focus takes a long time to overcome, especially if at your most productive, you write only one novel a year. I’m consolidating now, as much as I can.

My sister’s dog Jasper is mostly some breed of wire-haired dachshund. He’s not the brightest dog in the world, but he’s certainly among the sweetest. He has a deformed front foot so when he stands, he looks like he’s posing for Gainsborough’s Blue Boy. I call him “Mr. Jaunty-foot.” Picture attached. 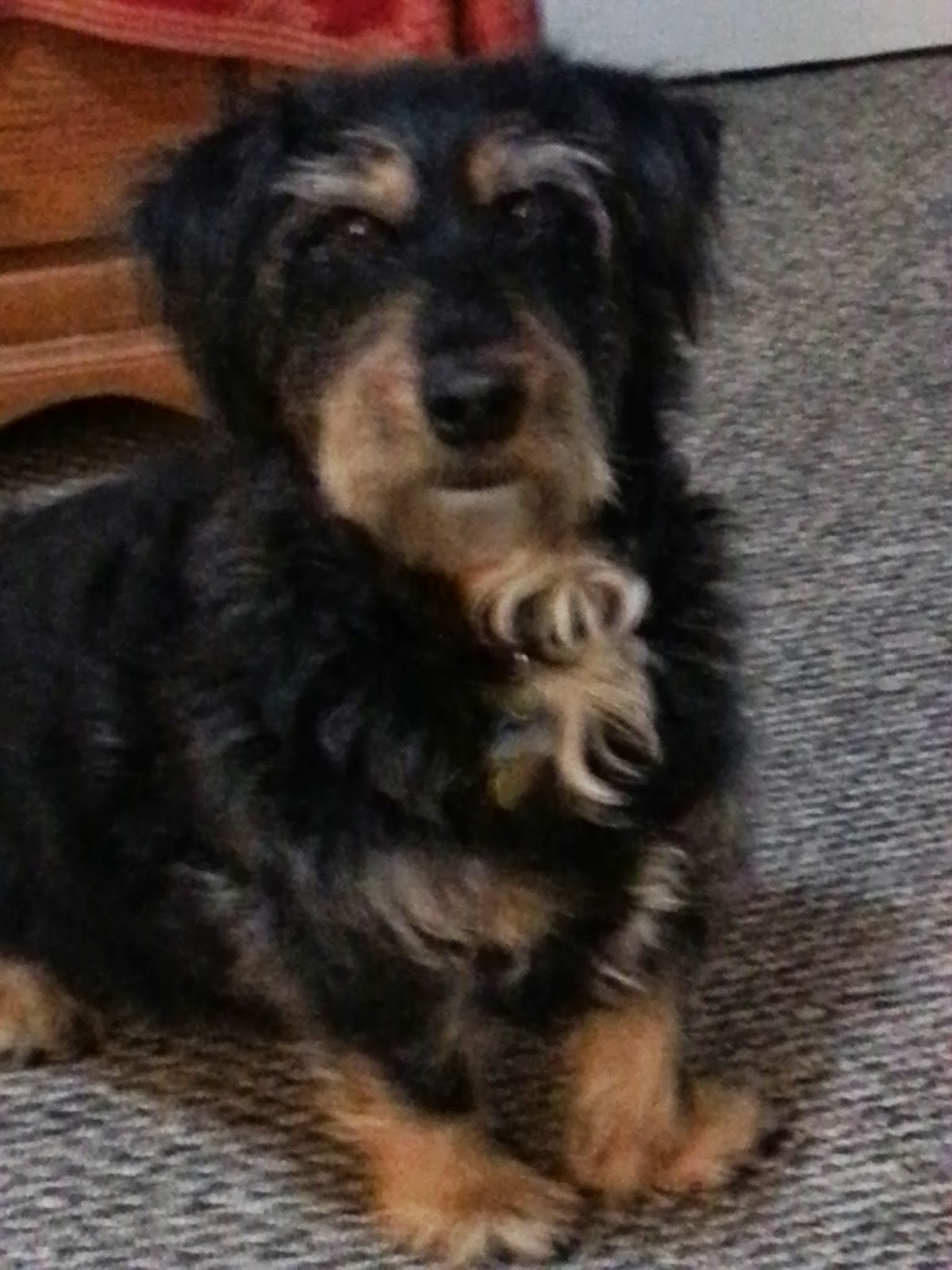 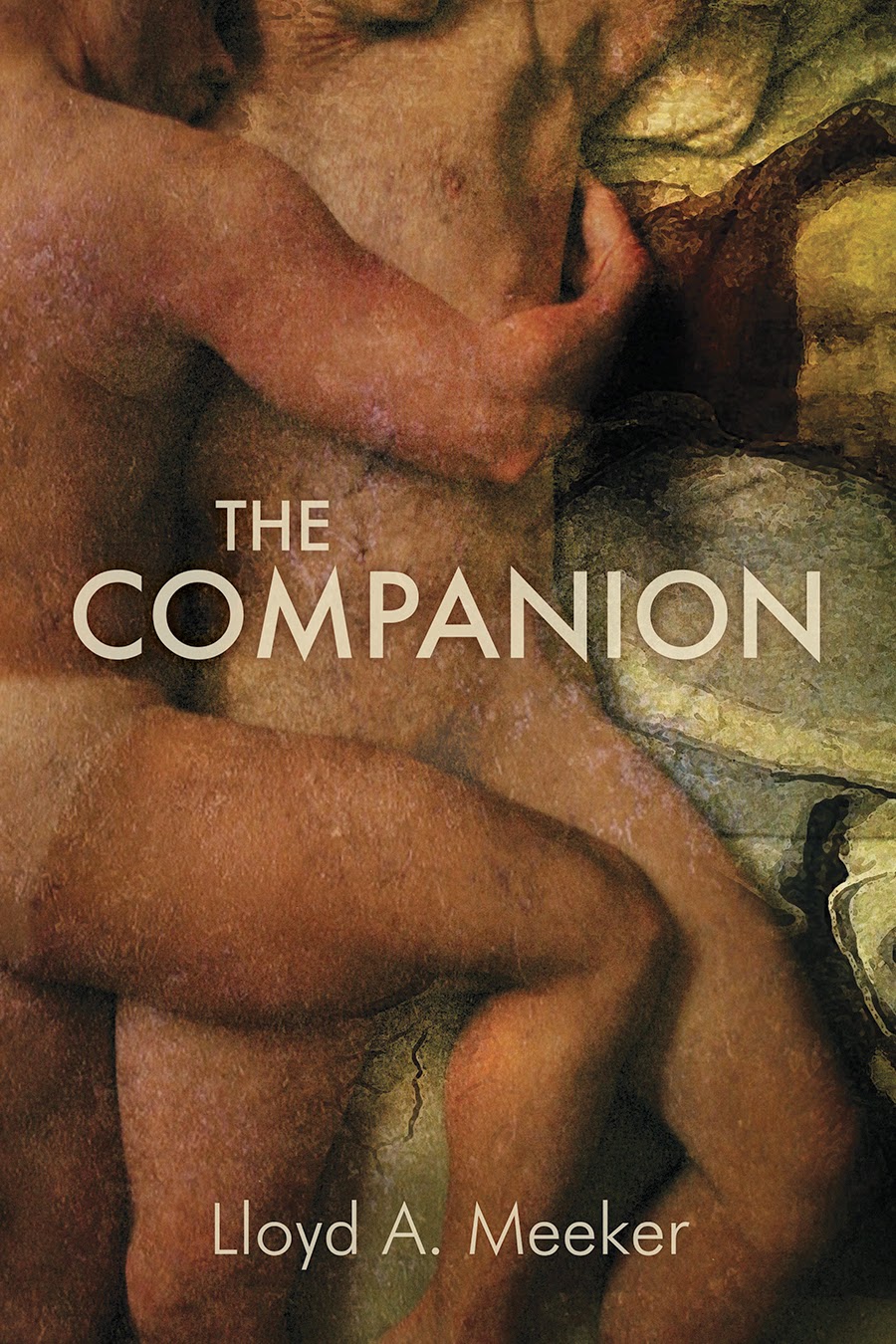 Shepherd Bucknam hasn’t had a lover in more than a decade, and doesn’t need one. As a Daka, he coaches men in the sacred art and mystery of sexual ecstasy all the time, and he loves his work. It’s his calling. In fact, he’s perfectly content—except for the terrors of his recurring nightmare, and the ominous blood-red birthmarks on his neck. He’s convinced that together they foretell his early and violent death.
When Shepherd’s young protégé is murdered, LAPD Detective Marco Fidanza gets the case. The two men are worlds apart: Marco has fought hard for everything he’s accomplished, in sharp contrast to the apparent ease of Shepherd’s inherited wealth—but their mutual attraction is too hot for either of them to ignore.

Shepherd swears he’ll help find his protégé’s killer but Marco warns him to stay out of it. When an influential politician is implicated, the police investigation grinds to a halt. Shepherd hires his own investigator. Marco calls it dangerous meddling.

As their volatile relationship deepens, Shepherd discovers his nightmares might not relate to the future, but to the deadly legacy of a past life—a life he may have to revisit before he can fully live and love in this one.

He's in love with the adventure and magic of living there, loves plunging into stories full of both, and wants to take you along. Mostly he's in love with love, and believes deeply in the power of love to overcome any challenge. He’s known it in his own life, and seen it in the lives of others.

In addition to his written work, which includes novels, essays, poetry and short stories, he has served since 2008 as a judge in the Queer Foundation’s annual National High School Seniors Essay Contest, which promotes effective writing by, about, and/or for queer youth, and awards scholarships to the winners. Finalists are selected from schools across the United States by members of the National Council of Teachers of English.

Happily ensorcelled by music, subtle energy healing, and the wonders of nature, he lives with his very understanding husband in southern Florida, among friends and family, orchids, and giant hibiscus that take his breath away every morning.

Comment between now and July 29th at 11:59 PM CDT with your email address for your chance to win a .mobi or .epub version of Lloyd's novella Enigma!
Posted by Unknown at 12:01 AM 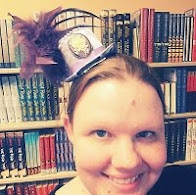 Raine O'Tierney is an M/M romance author who loves celebrating other authors, asking probing questions about dachshunds, and generally supporting the creative process! Plus she thinks hats are worth throwing a party over! 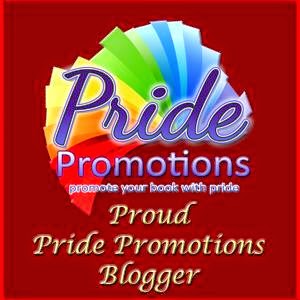